Showing posts from December, 2017
Show all

New Bathhouse Ordinance: What is it and Why is it Being Contested?

New Bathhouse Ordinance: What is it and Why is it Being Contested? By: Carrie Pinkard


On Thursday, December 21st the Tampa City Council met to vote on a revised version of the “Bathhouse ordinance.”
The “Bathhouse Ordinance” was number 71 on the agenda and didn’t come up until over three hours into the meeting.  Members of the public on both the pro-ordinance and anti-ordinance side stirred in their seats as they awaited their opportunity to speak.
As someone who has been a member of Clean Up Kennedy since it’s onset, I am biased in my full support of this updated bathhouse ordinance. I was surprised to see the number of people who showed up in opposition to the ordinance and was eager to hear their side of this story.
This article will address the public comments made against this new ordinance at the December 21st meeting, as well as give a break down of what the ordinance actually says.
“Rich White People Don’t Want Immigrants in Neighborhood”
This movement is in no way a ploy t…
Read more

Revamped 'Bathhouse Ordinance': The Beginning of the End for IMB's in Tampa?

The City has continued to move forward on addressing the organized prostitution and possible human trafficking going on in the illicit massage businesses (IMBs) operating along Kennedy Blvd and across Tampa. For the past 6 months, Tampa’s legal department has received input from local and national anti-trafficking NGOs.

The public comments featured several survivors of human trafficking and commercial sexual exploitation, discussing their experiences in Tampa and their support for the ordinance. Representatives from the Salvation Army and Polaris also spoke.

The representatives from Polaris (which begins at 11:35 in the video below) discussed the problem of illicit massage businesses nationally, how the ones in Tampa are connected to larger national networks, and even read what buyers online say about their experiences in these 'massage spas.' 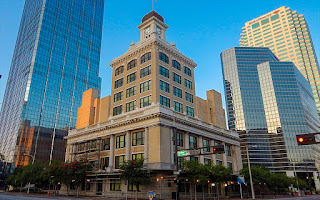 We have another City Council Meeting 9am December 7th. As an ongoing effort by the city to address the issue of commercial sexual exploitation and possible human trafficking going on Kennedy Blvd and across Tampa.
The Meeting will be held on the 3rd floor of Old City Hall at 9am
315 E Kennedy Blvd, Tampa, FL 33602
If you are interested in coming and showing support for the efforts by the city to address trafficking in our city, Email cleanupkennedy@gmail.com for more information.